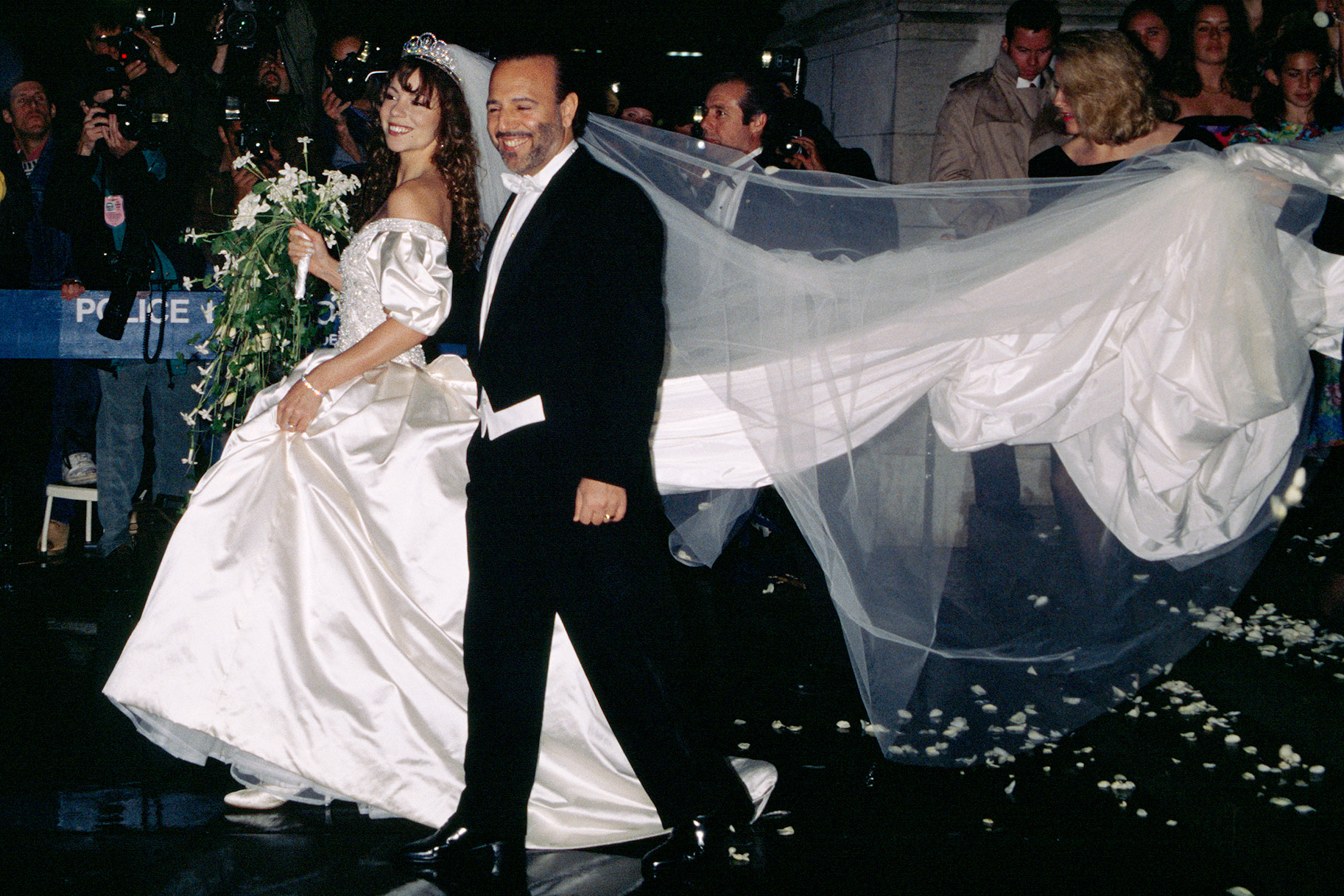 A wedding is the most precious big moment in a person’s life, and Hollywood is no exception. They did not hesitate to spend a lot of money to celebrate this special moment. Starting from the selection of venues, decorations, and invitations, to the wedding attire, they were made very luxuriously so that they impressed the public. In order to realize their dream wedding, these Hollywood celebrities are willing to pay fantastic fees, you know.

Mariah Carey and Tommy Mottola’s wedding is indeed quite impressive. The two of them tied the knot on June 5, 1993 at St. Thomas Church, Manhattan, United States. This place was quite popular in the 90s, so renting it costs a lot.

After that, they held a very luxurious reception which was attended by 300 guests. The total cost of Mariah Caret’s wedding with Tommy Mottola is also fantastic, at US$ 500 thousand. Unfortunately, they decided to divorce in 1998.

David Becham married Victoria Adams on July 4, 1999 at Luttrellstown Castle, Ireland. On her wedding day, Victoria wore a wedding dress made of ivory white silk. In addition, she also wears a crown with a diamond embellishment on it, making her look even more charming. They also held a pretty grand reception inviting 250 people.

This wedding which became the news of the world media also cost quite a lot, namely US $ 800 thousand.

Before marrying Angelina Jolie, handsome actor Brad Pitt was married to Jennifer Aniston in 2000. Brad Pitt and Jennifer Aniston tied the knot on July 29, 2000 at the Malibu Estate, California. They also made a very magnificent wedding party sprinkled with 50 thousand fresh flowers and a festive fireworks party. Their wedding party was also attended by relatives and friends from famous Hollywood celebrities.

This luxurious wedding is estimated to cost US $ 1 million. Unfortunately, their marriage had to end in 2005. Reportedly, Brad Pitt had an affair with Angelina Jolie, making Jennifer sue for divorce from the World War Z film player .